What Can I Expect from Psychotherapy? Part Two

Do you need to change the unhealthy ways you are thinking?

‍It’s odd to me, even as a psychotherapist, that from the outside looking in, psychotherapy is about sitting across “just talking” as we’re (very often) drinking coffee. On the inside, however, huge tectonic plates are shifting in the psyche. It’s an evolutionary step by step process, some people change very slowly while others at light speed, until one day, a person doesn’t recognize the older version of their self.

‍So, while it looks like just talking, lots and lots is happening.

‍Psychotherapy is ideal for people need to change ingrained ways they think and behave. Either people recognize their own pervasive feelings of detachment, disappointment, anxiety, fatigue, sadness or anger, or sometimes, what is more often the case, other people in their life have pointed out that they could use help. By working with a psychotherapist in a longer term, (1-3 years) psychodynamic way, people can see the ways in which they learned to react to hard life situations early on. They can learn to appreciate how these reactions were helpful then, but can be now causing problems in adulthood. Psychotherapy re-works these behavioral and thought reaction patterns. Below is an illustration of three different negative reactions and belief systems applied to the scenario mentioned above of the boy who gets the scrape on his knee.

While this is a minor situation, the boy is developing some core beliefs about pain and care in general. His response patterns and unconscious belief systems are evolving as he makes sense of his experience and sees it through a negative lens.

These belief systems are formed by our interpretation of our early experiences and reinforced over time. They shape our personality and influence the way we relate to ourselves and others. They are important predictors for our lives.

As children we are very capable of developing positive and negative belief systems simultaneously. Thinking negatively in one scenario doesn’t necessarily mean one will form entrenched negative patterns into adulthood. However, children often don’t voice their negative belief systems and/or they are not in environments where others model more positive ones. As a result, children then believe what they think and a self-fulfilling prophecy can start to occur. Life events reinforce these negative beliefs giving them more validation, the body responds to situations in similar ways and a nice, intact negative feedback loop gets set up for adulthood.

Conversely, research shows that when people receive emotional support in real time, the crisis is much less likely to “encode” as a trauma. In other words, when a person’s memory recalls the event, there is a positive association of support attached. This positive recall can help later on as the person “recovers” from the loss. This makes intuitive sense when you think about it from a child’s perspective. Say a child at school gets a scrape and goes to a kind teacher. She gives him both a band-aid and a hug and he feels better. He doesn’t dwell on the scrape as a negative. Or, when he remembers it, his body and mind remembers the feeling of being cared for.

Psychotherapy is a process of retroactively getting support. We infiltrate old negative unconscious beliefs that are connected to not being cared for properly and re-frame them. By thinking and feeling differently, you set up a new positive feedback loop. By reworking old negative patterns, you can build competency and confidence, which builds a momentum towards embracing your own future happiness.

Why Doesn’t My Partner Want To Go To Marriage Counseling? 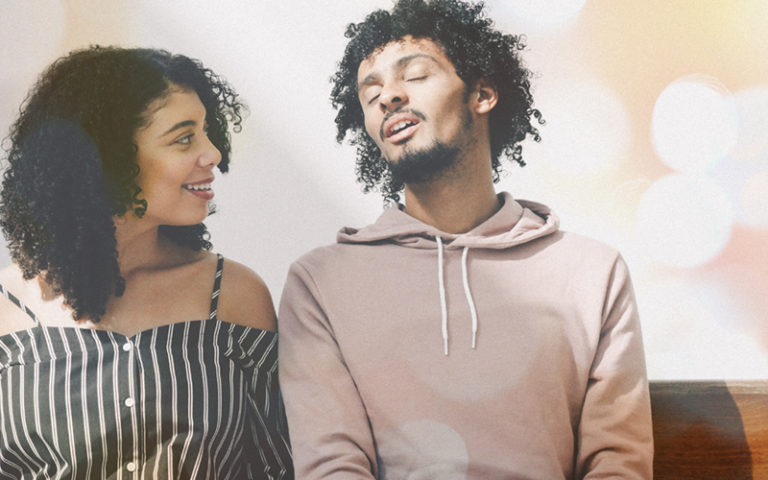 ‍Advances in brain scan technology confirm that talk therapy actually alters the neuron connectors in our brains. As we progress in therapy and learn new ways of thinking, communicating and dealing with emotion, we experience positive changes in how our bodies function, how we heal and deal with stress.

How Do I Choose a Good Psychotherapist?

I have been asked for years by friends about how to know if you are getting a “good” therapist.